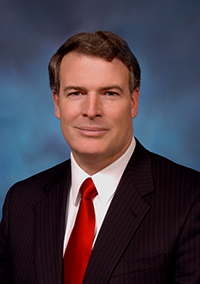 GAMA has grown continuously from its founding in 1970.  Originating as a US-based organisation created by the main fixed-wing GA manufacturers at the time, it has evolved into a global association with member companies spread across five continents.  In Europe alone we have companies with primary bases in France, the UK, Slovenia, Germany, Italy, Poland, Austria, Switzerland and Luxembourg – not to mention the footprint of these and other member companies across EU Member States.

It’s often overlooked that we bring together airframe manufacturers from both fixed-wing and rotorcraft, as well as the leading avionics, engines, simulator manufacturers as well as large Maintenance Repair and Overhaul companies.  We also recently created a new GAMA membership category for companies that have yet to certify their aviation products, to bring together the exciting world of electric and hybrid-propulsion as well as technological innovation such as flight automation.

What is your relationship with EASA and other regulators in general?

GAMA has been a strong advocate of EASA from its start. Our staff of 18 women and men work with EASA to provide a single, constructive voice to articulate the views and expertise of GA manufacturing and beyond.  Our European activities are managed by our dedicated team in GAMA’s Brussels office; bringing together experts from GAMA’s global staff and membership.  This means there are GAMA reps in Cologne on almost a weekly basis to support discussions on certification, validation, rulemaking and broader strategy, which involves GA.  We try to take a holistic look at how rules impact everything from light GA, up to large business jets and rotorcraft; spanning from the development of new safety products, to the operational environment for both the commercial and non-commercial world.

We do similar work with bodies such as ICAO, ANAC Brazil, the US FAA and Transport Canada.  We see great potential in the ability for these regulators to further harmonise rules and to avoid duplication of oversight.  A lot of our emphasis is on the development and realisation of the benefits brought about through bilateral and multilateral safety cooperation.

One of the most exciting examples of this kind of cooperation is happening right now: the forthcoming re-write of the existing CS-23 certification rules for GA aeroplanes.  EASA’s role in ensuring the cooperation of the leading global authorities to forge a common framework – working alongside all interested industry partners – holds immense potential to rapidly bring new aircraft and safety technologies to international markets.  People may not yet realise how much benefit these new flexible rules can bring to almost all aspects of the GA community, and attract more people into flying overall.  That’s the ultimate reward for our shared efforts.

What do you think about the latest measures to support GA from the European Aviation Safety Agency, compiled under the so-called EASA GA roadmap?

The GA Roadmap is a key component in making rules work for a community as diverse as GA.  It has been a crucial step to have all sides acknowledge that existing rules have weighed too heavily on this community, and come together to address them.  Continued political support for this initiative is vital: EASA staff and stakeholders are working together well to address issues from the ground-up.

Now we need to see the practical application of these proportionate rules, and we look to all Member States to follow-through on their shared commitment to implement these changes without delay. The challenge lies in ensuring the consistent, unambiguous application of these new lighter rules.  The overall concept of the appropriate level of safety stands to benefit all the different levels of GA, and is thankfully reflected in the future EASA Basic Regulation.  That’s the future of effective rulemaking.

What other tools play a key role in General Aviation in improving safety and where do you think EASA can most help?

Rules form only a part of a successful safety culture.  One other key area that GAMA is keen to see addressed is the lack of current GA data analysed at European-level.  Right now, the statistics collected by Member States are not systematically pooled in a way that the Agency or other appropriate bodies can use to help understand and address the root cause of incidents and accidents.  Experience shows us that regulators can focus their finite resources on the right issues if they are able to monitor trends in GA activities.

Without basic pan-European analysis of data, such as aggregate aircraft, licenses and hours where possible, we can’t really see how well rules are working and what is happening to this sector overall.  We are hopeful the current update of the Basic Regulation will begin to address this blind spot.  In addition, the recent development of EASA’s Collaborative Analysis Groups (CAGs) is a very positive move towards a data-driven analysis to address safety priorities.  We need all sides to come on board to make these efforts a success.

In April 2005, Peter (Pete) Bunce became President and CEO of the General Aviation Manufacturers Association (GAMA), the international general aviation manufacturer association, when he retired from the United States Air Force. During his 26 year Air Force career, Pete was Director of the Air Force Congressional Budget and Appropriations Liaison and flew F-15s and A-10s, while commanding several large operational fighter units. Among many awards received in his career he was inducted as one of the seventy Living Legends of Aviation in January 2010.
Pete is an active pilot with experience in civil piston, turboprop and business jet aircraft, as well as military fighter and training aircraft.

Recommendations for General Aviation operations during the COVID-19 pandemic