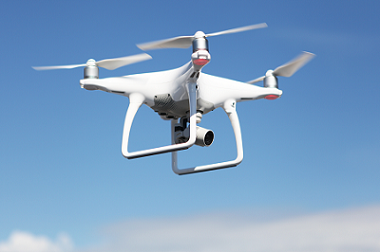 On 11 September 2018 the European Parliament adopted updated aviation safety rules for Europe including a new mandate for EASA that redefines the Agency’s competences. Regulation (EU) 2018/1139 empowers the Agency to propose to the European Commission the technical expertise to regulate drones of all sizes, including the small ones.

These first EU-wide regulations for civil drones are based on an innovative way of regulating, where the rules are kept as simple as possible with a strong focus on the particular risk of the operations: flying the same drone over a city centre or over the sea entails a completely different risk. It takes into account the expertise of many international players in the drone domain. They will allow remotely piloted aircraft to fly safely in European airspace and bring legal certainty for this rapidly expanding industry.

In technical terms, they are Unmanned Aircraft Systems (UAS), as they are aircraft operated with no pilot on board. Nevertheless, everybody calls them drones. They can vary from very small aircraft as big as a fly (nano-drones weighing 10-20 grams) to very large ones such as the Global Hawk with its 15 tons, used by NASA for scientific purposes. Major aviation companies already have started projects for cargo aircraft with the size of an Airbus A320 and their next step will be to propose unmanned passenger flights.

Applications for small drones are unlimited. As the technology is constantly improving and prices are dropping (from tens to thousands of euros), anyone can buy a drone and start their own activity or new hobby.

The potential market for drones is huge and will create new job opportunities. In addition, drones can also save lives and improve efficiency. They can be rapidly deployed as response in disaster and relief operations. They can be also used for power line inspections, minimising the human involvement under risk. Another very positive impact might be a reduction of carbon emissions, as they could replace some big and heavy helicopters by small electrically-powered drones.

The EASA Opinion on Drones

Before the new EASA Basic regulation was formally adopted, Member States were responsible for all drones lighter than 150 kg. Ahead of the extension of competence EASA decided in February 2018, to issue the proposal for a new regulation – EASA Opinion No 01/20181 – to the European Commission. EASA has been working on this draft regulation for the last two years, taking into account both the expertise gained by Member States and all the developments in the international arena (e.g. work done in the International Civil Aviation organisation (ICAO); in the Joint Authorities for the Rulemaking of Unmanned Systems (JARUS); and thousands of comments received from private citizens, industry and operators during the four-month public consultation period.

The proposed regulation will harmonise operations regulations in Europe and create a common EU market for drones. It will allow everyone to buy and operate a drone ensuring:

One of EASA’s novelties is the combination between product and aviation legislations in these new rules. In particular, design requirements for small drones (up to 25kg) will be implemented by using the well-known CE marking (“Conformité Européenne”) for products brought on the market in Europe. All European drones will have assigned a CE-Marking with a number between 0 and 4, that will specify the class of the drone (C0, C1, C2, C3 and C4). The operator will then find in each drone package a digital consumer information with the “do’s and don’ts” related to each class on how to fly a drone safely.

U-Space is the term adopted for a set of services supporting low level drone operations (below 120 m). A fully automated infrastructure will provide the drone pilots with all the information needed to conduct a safe operation, including air traffic management, and will ensure that drones do not enter any restricted zones.

In particular, U-Space will provide support to Beyond Visual Line of Sight (BVLOS) operations and will be the fundamental basis for dense operations in urban areas. The latest technology will be used to reinforce the regulation and protect citizen’s rights.

Starting in 2019, U-Space will be gradually deployed, the foundation elements will be set up: drone registration, electronic identification and geo-awareness. Additional functionalities will be progressively added until U-Space is operational in 2025, allowing fully autonomous operations.

Please visit our website for more information about what EASA does for drones.