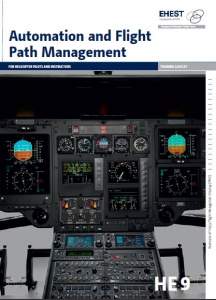 Over the years helicopter manufacturers have introduced more automation to assist crews to reduce the workload of manual flying. However, this doesn’t come without challenges. Flight crew must be trained, have the necessary competences and use adequate procedures to best use this valuable resource.  This article and the associated video from Leonardo Helicopters provides more information on the different types of automation and what this means for pilots.

Automation has contributed substantially to the sustained improvement of flight safety in the helicopter community. When used correctly, it makes it easier to control the helicopter and increases the precision of routine procedures to reduce the opportunity for errors and the associated risks to the safety of the flight.

However, over recent years there have been incidents and accidents in the helicopter community where complex flight control systems and improper management of automation have been significant factors.  This has driven the need for safety promotion in this area.

Based on the EHEST Leaflet HE9 Automation and Flight Path Management, this article reviews the basics of rotorcraft automation and provides a list of principles for optimal use of automation for flight path management.

For many years, helicopter manufacturers have used automation in the form of stability augmentation and attitude retention in assisting crews in reducing manual flying workload. The rapid advances in technology over the last 30 years means that such systems have developed significant capabilities.
As operation and management of automation requires individual and flight crew (2 pilot operations) competences, it is important that training and checking practices must keep pace with these continuous technological advances. The advent of EASA Operational Suitability Data (OSD) has gone a long way in addressing the Training Areas of Special Emphasis (TASEs) that need to be addressed in specific type rating training.

Some manufacturers also publish operational documents such as Flight Operational Briefing Notes (FOBN) and Flight Crew Operating Manual (FCOM) to address the use of the aircraft and of automation for specific missions such as Offshore, Search and Rescue (SAR), and Helicopter Emergency Medical Service (HEMS) operations.

Most light single engine helicopters fly without automation systems while modern medium and large helicopters are designed to be flown using an Automatic Flight Control System (AFCS) upper modes 4-axis to enhance safety and reduce pilot workload. It is important that pilots are aware about the different levels of automation that are relevant to their daily flying.  The different levels are:

These helicopters are predominately used for private flight, training or aerial work, where most fatal accidents occur. Reducing accidents in light helicopters is therefore the primary focus of the EASA Rotorcraft Safety Roadmap.

Un-stabilised helicopters require continuous pilot control inputs and good external visual cues to maintain stabilised flight. As mentioned in the Leonardo Helicopters video 2019 (see the 2nd part of this article), the pilot is (provides) the stability!

Without automation, a pilot needs to fly “hands on” all of the time. In this case, the direct access to flight controls (through servo assistance or not) helps the pilot ‘feel’ the aircraft and react accordingly especially for aerial work where precision is required (swing, hoist, etc.). It is common practice for automated aircraft engaged in precision hovering tasks to sometimes disengage automation to act directly on the rotors controls and better feel the aircraft.

A stabilisation system helps and makes the helicopter equivalent to the minimum standard of stability required for fixed wing aircraft, but you still need good skill, training and experience to fly safely in poor visual cue conditions, like night, cloud or poor visibility!

Basic stabilisation provides long-term attitude retention on the pitch and roll axes to minimise workload and loads on the flight controls. It is a “hands on” function, meaning that the pilot must make manual inputs through flight controls, beep trims or trim release to change pitch, roll, yaw or collective pitch reference values to adjust or maintain the desired helicopter’s attitude, flight path or speed.

Upper Mode 3-axis
In upper mode 3-axis, the upper modes control pitch, roll and yaw but the collective pitch must be controlled manually (“hands on”) and no collective upper modes are indicated on the AFCS strip. Autopilot Systems (APs) provide for “hands off” flight for the cyclic and pedals only along specified lateral and vertical paths. Functional modes may include heading, altitude, airspeed, vertical speed, navigation tracking, and approach.

APs typically have a control panel for mode selection and indication of mode status. APs typically control the helicopter along the roll and pitch axes (cyclic control) but also include yaw axis (pedal control). Vertical and lateral modes can be engaged at the same time but the pilot needs to adjust power to maintain the speed by acting on the collective lever!

Upper Mode 4-axis
With upper mode 4-axis APs, upper modes command the cyclic and collective pitches. The pilot can therefore fly completely “hands off”. Pilot attention is however always required, especially near the ground or close to other aircraft, terrain and obstacles. APs provide for “hands off” flight along specified lateral and vertical paths. The functional modes may include heading, altitude, airspeed, vertical speed, navigation tracking, and approach. APs typically have a control panel for mode selection and indication of mode status. APs typically control the helicopter about the roll and pitch axes (cyclic control) but also include yaw axis (pedal control) and collective control servos.

4-axis APs also allows combining certain upper modes that are impossible to combine with 3-axis, for instance vertical speed and airspeed.
Most flight assistance functions beyond stability augmentation detect pilot actions, and pilot follow up functions are called “hands on/feet on” functions, “fly through” or “transparency” or “override” modes. Upon detecting pilot action, the AFCS interrupts its long-term hold function to momentarily replace it by pilot inputs. It can take some time for the AFCS to resume control and restore pursue of its hold function after the pilots has ceased to provide manual input.

How to best use automation? Automation basic principles

The basic principles below are important for pilots to remember to stay safe:

1. Automated helicopters can be flown like any other helicopter: keep in control!

2. Fly, Navigate, Communicate - in that order!

5. Know your guidance, in particular your Flight Mode Annunciator (FMA), at all times.

Be aware of and actively monitor:
- Modes armed or engaged,
- Guidance targets set,
- Aircraft response in terms of attitude, speed and trajectory, and
- Commanded and un-commanded mode transitions or reversions.

- If you select for instance the Vertical Speed (V/S) mode to climb and see the speed decreasing, increase power to maintain speed through the collective! In helicopters with a 3-axis AP, speed must be manually controlled by using the collective when the upper modes vertical speed or altitude hold are engaged.

- If doubt exists regarding the aircraft flight path or speed control, don’t try to reprogram the automated systems immediately and lose focus on flying the aircraft but use Selected Guidance or hand flying together with the use of Navaids raw data, until time and conditions permit a reprogramming of the autopilot coupler or FMS.

- If upper mode operation needs to be overridden (i.e., avoidance or fast speed up), immediately disconnect the affected system by pressing the associated disconnect push button. Communicate and revert without delay from FMS guidance to selected guidance to hand flying the aircraft.

7. Use the level of automation most appropriate for the task.

8. For 2 pilot operations, practice task sharing and back up each other, apply Multi-Crew Cooperation (MCC) and Crew Resource Management (CRM) concepts and procedures, and actively monitor the automation and flight path.

The video highlights the importance of training, which allows the pilot to learn the characteristics and limitations of the on-board automated systems and how to best use them in order to fly the aircraft effectively and safely.

In the video, the pilot «forgets» to apply power while climbing with VS mode activated in a 3-axis helicopter. It also shows the pilot distracted during ground course training, which results in missing explanations. Distraction and the confusion generated by unexpected deteriorating weather in flight added to poor cross checking of integrated instrument displays while using Flight Director / Auto Pilot, caused the pilot to lose situational awareness. This resulted in an Undesired Aircraft State (UAS), which the pilot could fortunately detect and recover on time by applying power.

In this scenario, consequences are limited to exceeding the aircraft limitations but they could be worse! Many critical events indeed result from human-automation interaction issues and poor flight path management. Flight Path Management issues are actually the single biggest contributory factor in accidents and serious Incidents in Helicopters used in Non Commercial Operations (NCO) (General Aviation), as reported in the EASA Annual Safety Review 2019.

Pilots must always be aware and in control of the automation systems and manage flight path effectively and safely. This requires adequate training, competences and procedures, individually and as a crew.

How often are you totally in control of automation? 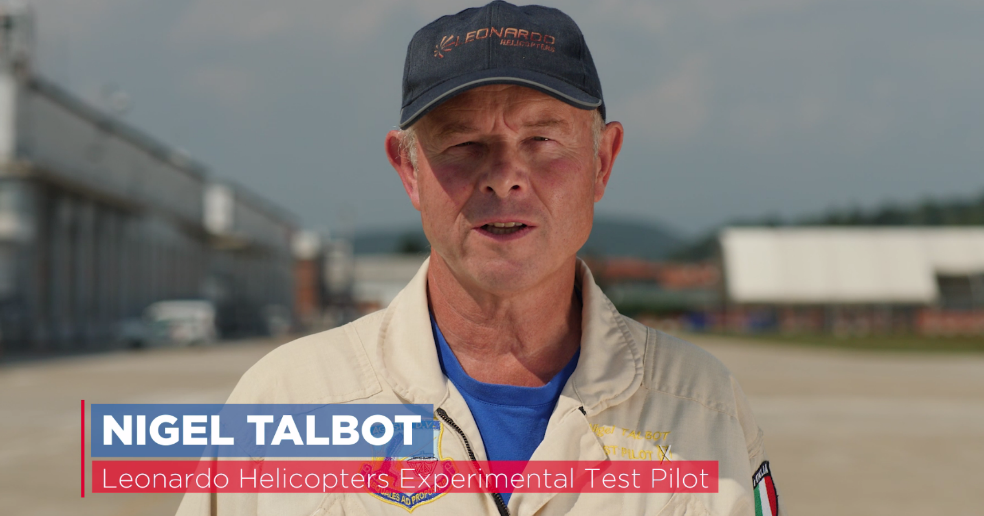 See also to the HeliOffshore blog Effective Use of Automation.