The growth in numbers of small unmanned aircraft systems (UAS), or “drones”, is matched by the significant range of benefits that their use promises. Those benefits will not be fully realised, however, unless there can be confidence that such UAS can be operated safely.

Reports of increasing numbers of safety incidents have understandably given rise to concern not just among the manned aviation community but amongst pioneering UAS manufacturers and operators and the wider public.

Responding to a call from the EASA Executive Director, representatives of the National Aviation Authorities of Finland, France and United Kingdom joined with EASA specialists to form a Task Force to examine thoroughly the risk to manned aircraft from the operation of UAS (mainly in the “Open” category, as defined in Ref. 7) and to consider how best to manage the risk. The Task Force assessed the current understanding of the risk, collated the actions of manufacturers, users and authorities to manage the risk, identified emerging best practice and looked at future options.

The Task Force focused its attention on the means to prevent a conflict with the potential consequence of a collision between a small unmanned aircraft and a large commercial aeroplane operating into a major aerodrome. The Task Force recognised that this constitutes a primary threat to aviation safety and lends itself to mitigation through “geo-limitations” and associated technology. Whilst there are opportunities in product design, operating practices and regulation to manage that risk, too little is known about the likelihood and consequences of such a collision to optimise those opportunities. Thus, further work, including research activities, is needed on understanding that risk.

Since the beginning of its work, the Task Force identified the need to establish globally agreed terminology that includes “geo-limitation” and related terms (e.g. “geo-fencing”), as well as the need to develop the associated concepts, the main of which the Task Force believes to have captured in this report. The definitions of the key concepts used in this report are included in Appendix C (sec. C.2. Definitions)

In forming its views, The Task Force analysed available information and then gathered data and advice by consulting a wide range of stakeholders involved in UAS manufacture, operation and regulation around the World. That consultation was performed in two ways: a survey questionnaire addressing a wide variety of stakeholders, and meetings with some stakeholders (in particular with a number of industry representatives). Appendixes contain both the questionnaire that was circulated and the description of stakeholders' engagement.

These conclusions led the Task Force to formulate a number of recommendations, which have been presented throughout the report and put together in section 7.2.

Finally, it must be noted that this Report is just an initial step to address “Geo-limitation” aspects for UAS. The content of the Report, and its recommendations in particular, indicate follow on activities that are needed. The Task Force sees JARUS as the right forum to drive these activities forward on the regulatory side. This is because JARUS has gathered together a significant number of national aviation authorities and other relevant organisations, has been working for some years on regulatory material for Light UAS, and now includes representatives of stakeholders directly involved in the segment of small UAS and in the operations that are more likely to be affected by “geo-limitations”.

EASA issues guidelines for management of drone incidents at airports 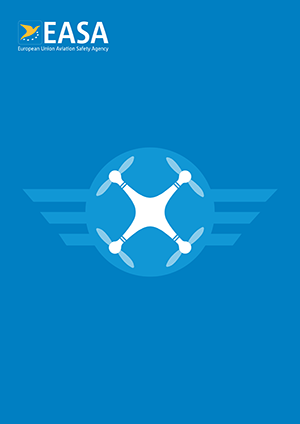 Get ready for the new Drones Regulation!