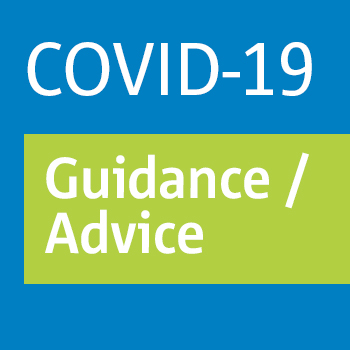 Since December 2019 on outbreak of a new type of coronavirus was identified in the province of Hubei, China. Since that time the evolution of the outbreak was very rapid reaching out to the most of the countries worldwide. Consequently the outbreak was declared by the World Health Organisation (WHO) as a public health emergency of international concern (PHEIC) on the 30th of January and further characterised as a pandemic on 11th of March. Since mid-February a cluster developed in the province of Lombardy, in the north of Italy. The evolution of this cluster and of additional imported cases from clusters in Iran and China have led to a rapid development which affected all the European Member States generating secondary clusters.

In this context EASA has developed, issued and updated a Safety Information Bulletin to provide operational recommendations for the European stakeholders in accordance with the official communications of WHO and European Centre for Disease Prevention and Control (ECDC) as well as facilitating access to guidance developed by other stakeholders (e.g. IATA, ACI, EU Healthy Gateways, etc.)

Furthermore, on 13th of March, EASA issued a 2 Safety Directives (SD) one for the EASA Member States and the other for the third country operators performing commercial air transport of passengers into, within or out of the territory subject to the provisions of the Treaty on European Union. The SDs mandate the disinfection of aircraft after each flight arriving from the high risk areas in order to protect the passengers against secondary contamination. In this regard EASA has been considering recent research regarding the resistance of the SARS-CoV-2 on inanimate surfaces (GünterKampf, 2020) (van Doremalen, et al., 2020) as well as research materials regarding efficient disinfecting agents (Klaus, et al., 2016) ( ECDC - Baka, Agoritsa; Cenciarelli, Orlando, 2020) in the context of a potential coronavirus contamination.

Consequently, EASA has developed the following guidance giving proper considerations to the publications of WHO (Guide to Hygiene and Sanitation in Aviation, 2009) (Operational considerations for managing COVID-19 cases or outbreak in aviation, 2020) and ECDC ( ECDC - Baka, Agoritsa; Cenciarelli, Orlando, 2020) in order to provide support to its stakeholders in terms of how the cleaning and disinfections are expected to be performed in the context of the above mentioned SDs.

Coronavirus - Advice for airlines and their crews

Guidance on Management of Crew Members