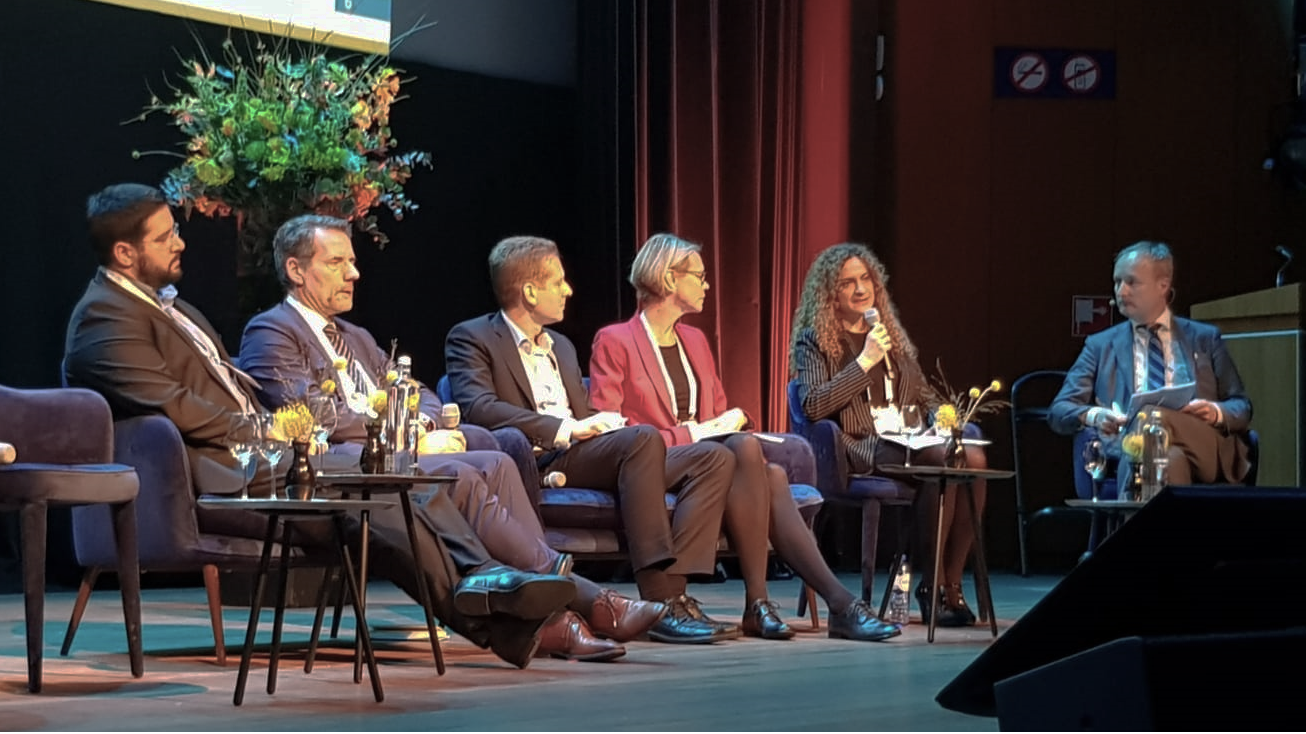 AMSTERDAM, Netherlands, December 10 – The vision of a world where drones are used for emergency services, local transportation or parcel delivery in our cities, can only become a reality providing safety standards are met and solutions found to issues such as noise and privacy, this year’s European Union Aviation Safety Agency (EASA) High Level Conference on Drones concluded.

Societal concerns was a recurring theme in speeches and panel discussions during the two day conference held in Amsterdam. Manufacturers, politicians, societal experts and regulators alike found a common interest in resolution of these concerns, as they would otherwise present a considerable barrier to the successful introduction of drone services.

“We have had feedback from other countries around the world where there are regular drone operations that the concern of the population is not that much about privacy, is not that much about safety, but it’s very, very much about noise, EASA Executive Director Patrick Ky said. “It’s important that, as we put together the regulatory framework for drones operations in urban or populated areas, we set the right societal targets in terms of safety, risk exposure and environmental impact.”

EASA is working at an unprecedented pace to issue rules and guidelines on drone activities to meet the demands from industry for the basic rules for drone operations. Requirements for mandatory registration of all drones will already pass into law in mid-2020.

Joachim Luecking, Head of Unit Aviation Safety in the Directorate-General for Mobility and Transport of the European Commission, noted that societal concerns had been factored into the drones regulatory framework from the outset.

“The issue of societal concerns was very much at the heart of the development of this regulatory framework that we undertook together with EASA. In that sense it is quite special for an aviation safety legislation because it goes really beyond safety,” Luecking said. “It tries to give answers to the questions (as to) how to deal with issues in relation to security, privacy, and data protection and also on noise and emissions.”

A further recommendation to the EU legislator, known as an “Opinion” is due for publication by EASA late in the first quarter of 2020. This will focus on urban airspace, known as “U-space”, the label used by European Union to refer to unmanned traffic management. It will lay down the principles that will allow multiple types of drone traffic to interact safely within an urban airspace, taking account also of other airborne and ground traffic, and people, in the same location.

At the conference, EASA’s Drone Programme Manager, Maria Algar Ruiz gave some insight into the main principles of the regulator’s recommendations in this areas. Initially, the Opinion would focus on specific areas and would then expand as the market developed, she said.

For example, the regulation would initially target densely-populated urban areas or locations close to an airport and would not attempt to cover the entire airspace.

“We are not aiming to address traffic predictions that we are having from industry for 2035. The regulation is for tomorrow,” Algar Ruiz said. “We are thinking that this regulation shall be implemented by the end of next year or the beginning of the next. Therefore it is the first step. It is based on what we consider to be mature services and solutions. The assumption is that U-space/airspace at the beginning will not be everywhere. This is a very important point to clarify.”

Closing the conference, EASA’s Executive Director Ky stressed the importance of all parts of the aviation industry working together to pave the way for a successful usage of drones, adding that once the societal concerns had been addressed, there were many advantages for society from efficient drone usage.

“The conference this year I hope has shown that we are really working in partnership between institutions, Member States, Eurocontrol, Sesar Joint Undertaking and the industry and that it’s only through working together that we can meet the very short time scales we have achieved so far,” Ky said.

“We have also seen, that there is still a lot of work that needs to be done and on which this partnership will need to be maintained. And I can assure you that we in EASA are committed to continue to work together with you to complete all the relevant work to make the drones a big success for society.”

The conference was held in Amsterdam, Netherlands on December 5 and 6, 2019.

Follow this link to view the videos of the full conference.

EASA issues guidelines for management of drone incidents at airports

Get ready for the new Drones Regulation!