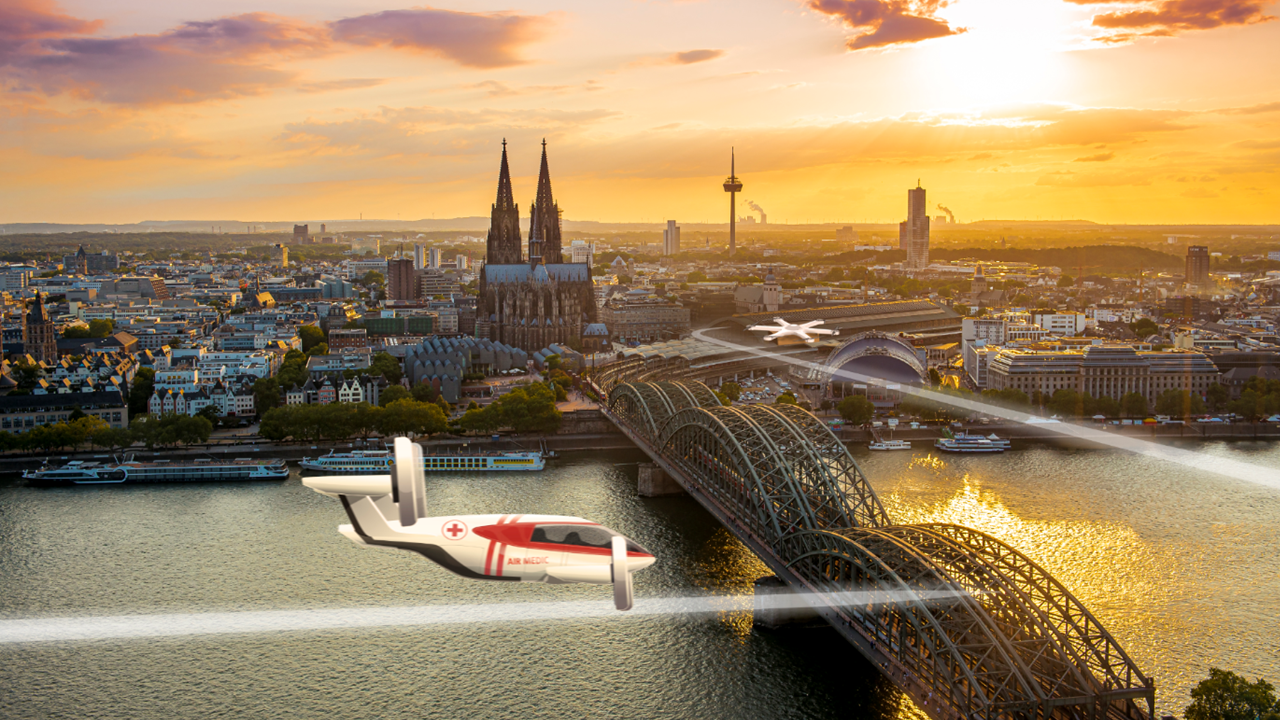 COLOGNE, June 30, 2022 – The European Union Aviation Safety Agency (EASA) published rules for the operation of air taxis in cities, the first comprehensive proposal for such regulations to be issued world-wide.

The proposed new regulatory framework is open to public consultation until September 30, 2022, and cover the technical domains of airworthiness, air operations, flight crew licensing and rules of the air.

They complement existing EU regulatory material for operations of Unmanned Aircraft Systems (UAS), the unmanned traffic management system known in Europe as U-space and the certification of aircraft capable of Vertical Take-Off and Landing (VTOL), as well as EASA guidance on the design of vertiports.

“With this, EASA becomes the first aviation regulator worldwide to release a comprehensive regulatory framework for operations of VTOL-capable aircraft, which will offer air taxi and similar services,” said EASA Executive Director Patrick Ky. “The publication reinforces the leadership EASA is showing in this area of innovation. At the same time, we have done our best to address general societal concerns and the expectations of EU citizens with respect to safety, security, privacy, environment and noise.”

Manufacturers in Europe have signalled to EASA that they will be ready for certification of VTOL aircraft in the next few years. These aircraft will enable new air mobility concepts in the framework of the ‘smart, green and digital’ cities initiative led by the European Commission.

EASA’s latest proposals will establish a harmonised set of regulations and rules at EU level for this new mobility by air of people and cargo.

The overall objective is to foster the development of a new ecosystem for urban air mobility (UAM), to achieve the safe and secure integration of certified UAS and VTOL-capable aircraft operations in the EU, and to enable operators to safely operate VTOL-capable aircraft in the single European sky.

In developing its proposals for new rules for the different types of aircraft designs and operations, EASA applies a step-by-step approach that is closely aligned with actual industry development. As such, certain future developments (e.g. VTOL-capable aircraft without a human pilot on board) are not yet covered in this proposal. They will be addressed by EASA with separate proposals when needed and in line with technological progress.

Introduction of a regulatory framework for the operation of drones — Enabling innovative air mobility with manned VTOL-capable aircraft, the IAW of UAS subject to certification, and the CAW of those UAS operated in the 'specific' category