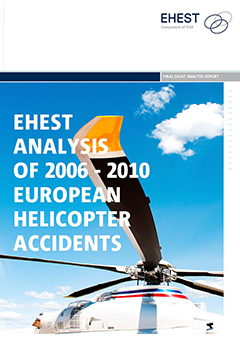 Published in 2008, the Preliminary Report 2000-2005 analyses 186 helicopter accidents occurred in Europe in that period.
The European Rotorcraft Forum (ERF) paper attached summarises the methodology and results.

Although differences have been identified, results are globally consistent across time and also with the US and Canadian JHSAT reports.

Results have served as the basis to develop the EHEST Safety Promotion deliverables (data-driven approach).