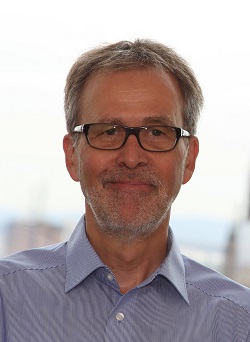 Jan has been working together with pilots, operators, industry, EASA colleagues and EASA Member States in order to re-structure, simplify and clarify the rules for Sailplanes and Balloons. In our little interview he talks about the background and the reason for changing these rules, and what we can expect in the near future.

Why did EASA start to establish a Balloon Rule Book, as well as a Sailplane Rule Book?

The goal of these rule books is to provide under one ‘roof’ all the major rules that a balloon or sailplane pilot needs to know. The main reason being that it has been difficult for the ‘pilot-in-the-field’ to find and understand the applicable rules in the different Regulations and in the EASA Decisions (containing acceptable means of compliance (AMC) and guidance material (GM)). Therefore, in the course of the GA Road Map, EASA decided to establish simpler and proportionate rules for balloons and sailplanes, and to restructure them. For the time being, this includes the areas of air operations and licensing.

When establishing the rule books, why did EASA start with the rules for air operations?

Air operations is a special case. The rules for all aircraft are laid down in one Regulation (EU) No 965/2012. For balloons, this meant that one has to scroll through approximately 1900 pages (the Regulation itself and the AMC/GM) to find approximately 120 pages, which are applicable to balloons. This setup certainly has advantages, especially for large passenger aeroplanes, but definitely asks too much from a balloon pilot. The situation is similar for sailplanes.

What are the main changes compared to the old rules laid down in Regulation (EU) No 965/2012?

I would like to highlight two major simplifications: For commercial passenger ballooning the air operator certificate (AOC), to be issued by the national authority, has been replaced by a declaration, to be provided by the operator. And as regards sailplanes there are no longer additional rules for commercial operations, except for the requirement to provide a declaration.

Where are we as regards the Balloon and Sailplane Rule Book?

The ‘first chapter’ of the Balloon Rulebook, containing the rules for air operations with balloons has been published in March 2018 by the European Commission (Regulation (EU) 2018/395 based on EASA Opinion 01/2016). In parallel, EASA has published the associated AMC/GM (Decision 2018/004/R). The new rules for balloons have to be applied on 8 April 2019.

As regards air operations with sailplanes, EASA has published its proposal (EASA Opinion 07/2017) in August 2017. We expect that the ‘first chapter’ of the Sailplane Rule Book, namely the Commission Regulation, will be published in the first half of 2019. For sailplanes, 8 April 2020 is foreseen as applicability date.

As mentioned above, EASA is also working on simpler and proportionate licensing rules for balloons and sailplanes. It is envisaged that these ‘second chapters’ of the rulebooks will be published by the Commission in early 2020.

Is it planned to provide easy-to-read versions of the rule books?

Yes, and we already published the Easy Access Rules for Balloons. This is an easy-to-read consolidated version of the rules. It means that you do not need to consult two different documents (the implementing rules for air operations which are published as a regulation by the Commission, and the Decision containing the AMC/GM published by EASA). Once they are ready, EASA will also publish a consolidated version of the sailplane rules on its website.