The Leonardo Helicopters Loss of Control Inflight (LOC-I) Prevention & Mitigation Challenges video is intended for those involved in both Training and Flight Operations. In this video, a Flight Instructor defines LOC-I, describes the risk and provides safety tips to mitigate the risk and avoid accidents.

LOC-I is the number one safety risk for rotorcraft!

LOC-I is an extreme manifestation of a deviation from the intended flight path. These accidents often result from failure to prevent or recover from an upset. Data show that aircraft upset accident is the top key risk area, both in terms of number and  seriousness of occurrences. LOC-I is the most frequent and serious accident type and the number one killer in helicopter operations!

Watch the video to understand more about preventing LOC-I accidents

In this video, a Flight Instructor from Leonardo Helicopters defines the concept of LOC-I, the risk it poses to pilots and provides tips to mitigate the risks and avoid accidents, using an integrated approach making use of both human and technical solutions.

Shot at the Leonardo Helicopters Flight Training Academy in a AW189 Full Flight Simulator (FFS), the video presents a simulated scenario that could induce spatial disorientation in pilots and result in an upset. It presents a technique aimed to avoid loss of control known as “Wing Level Mode” (WLM) using a dedicated Pushbutton on Cyclic, which automatically stabilises the helicopter.

In the second part of the video, a Leonardo engineer describes in more details the design and use of this Wing Level system developed by Leonardo Helicopters to prevent loss of control in flight.

In the last part of the video, the Flight Instructor provides conclusive recommendations to avoid LOC-I accidents with focus on proper use of automation, learning and sharing of learning.

The video presents a simulated scenario where the pilot is flying traffic patterns during night-time operations with autopilot Flight Director (FD) modes engaged. Unexpectedly, the Traffic Alert and Collision Avoidance System (TCAS) alerts the pilot to the presence of traffic, which captures and focuses the pilot’s attention. The pilot reacts, reverting to manual flight by disengaging the FD modes and manoeuvring through pressing the force “Trim Release” button to avoid possible in-flight collision. This could induce a pilot spatial disorientation that might lead to an undesirable aircraft state if the flight parameters are not adequately monitored. 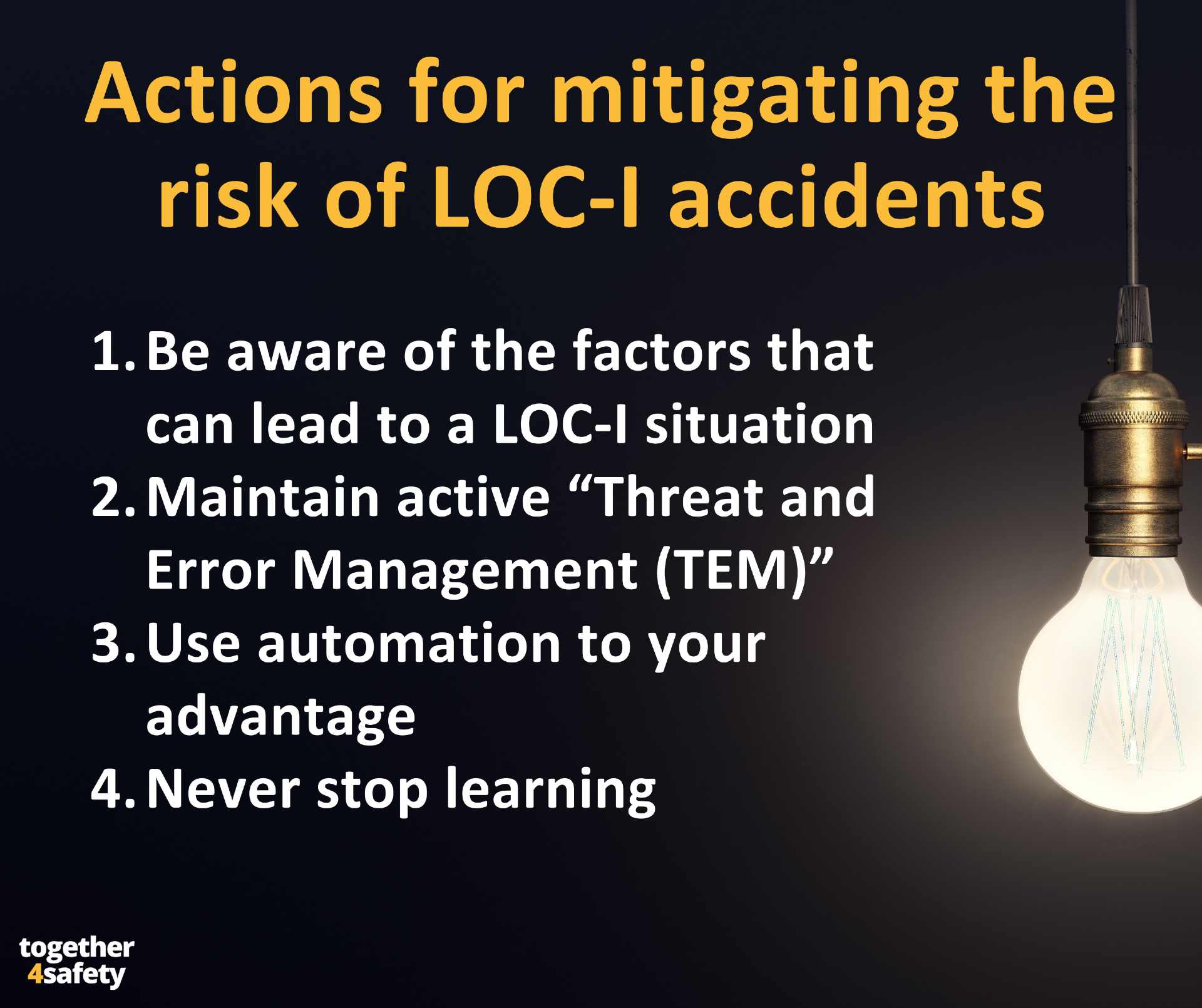