As a pilot do you know all the moments in the flight when you can expect icing? If you are a large commercial aircraft pilot this article provide a refresher on your knowledge and gives guidance on what signs to look for and the actions you can take to reduce the risk of icing affecting the safety of your flight.

Walking to your airplane and seeing the snow on your aircraft you instantly see the de-icing truck doing their work. You already put the de-icing procedure into your plan. That is an obvious one of course. When you are preparing the flight nowadays we fully trust the de-icing capabilities of the aircraft in flight. Let’s have a look what aircraft manuals say with regard to limitations:

These are just some examples. But what do these simple statements really mean for you as a pilot? Let’s have a look what levels of icing exist.

Levels of Icing You May Encounter

Icing may be described as light, moderate and severe (or heavy). In severe icing conditions, the rate of accretion is such that anti-icing and de-icing may fail to reduce or control the hazard. A change in heading and altitude is considered essential. In moderate icing, a diversion a change in heading and altitude may be required since the rate of accretion is such that there is potential for a hazardous situation. Light icing is usually not a problem unless the aircraft is exposed for a lengthy period. Clear ice is considered more serious than rime ice since the rate of catch must be high to precipitate the formation of clear ice. The seriousness of an icing situation is, of course, dependent on the type of aircraft and the type of de-icing or anti-icing equipment with which the aircraft is equipped or the lack of such equipment.

So can we actually fly in all icing conditions? No, we know this!

Because in another part of your manual it likely says something like this:

So what do we think when we see engine anti ice switching on? Or Wing anti-ice is switching on. We know that we are in icing conditions because the system tells us we are. We are triggered by the system (if not triggered before by visual clues or clues from the weather radar) that the risk of icing problems increases.

But what if we do not have such a system? We know that Icing conditions exist when OAT (on the ground) or TAT (in-flight) is 10°C or below, and any of the following exist:

We also know the clean aircraft concept for take-off. And when I say a maximum of 3 mm of frost you know where and why it is allowed and probably remember the technical questionnaire for your type rating years ago.

Ice crystal icing is icing when you don’t see visible moisture and the temperature is below -40 C° and at high altitudes. A part of the flight where you least expect it. So what is Ice crystal icing again?

Over the past decade, we have been aware of temporary engine thrust loss, and other engine-related events that occurred in ice crystal icing (ICI) conditions at high altitudes. These events have prompted the release of ADs on various airplane models equipped with General Electric (GE) CF6-80 series engines. Each event was in or near convective weather conditions that included ice crystal icing.

This type of icing does not appear on radar due to its low reflectivity, and neither the airplane ice detector nor visual indications reliably indicate the presence of icing conditions. Therefore, it is often undetected by the flight crew. Flight in these conditions can cause ice crystals to accumulate in the core gas flow path of the engine. In the events leading to those prior ADs, the ice has shed during throttle transients and in the descent phase of flight, causing temporary thrust loss.

Since the beginning of 2013, similar events have now occurred on Model 747-8 and 747-8F series airplanes powered by GEnx-2B engines and Model 787-8 airplanes powered by GEnx-1B engines. The new events that prompted this AD, however, have occurred during the cruise phase of flight and caused permanent damage (beyond maintenance manual limits) to the engine compressor. In all thrust loss events, data indicate that ice crystals entered and collected in the initial stages of the compressor. Engine temperature data indicate small ice accretions were shed through the core of the engine.

All of these ICI events occurred during cruise at 33,000 feet or above, either within or after the airplane traversed a large Mesoscale Convective System (MCS). MCSs are areas where several thunderstorms have merged, with a continuous cloud larger than 100 kilometres (62 miles) across.

Within or near MCSs, ICI events have occurred where convective activity has driven a significant quantity of moisture, in the form of ice crystals, to altitudes at or above the tropopause. ICI events tend to occur in warm geographic locations. 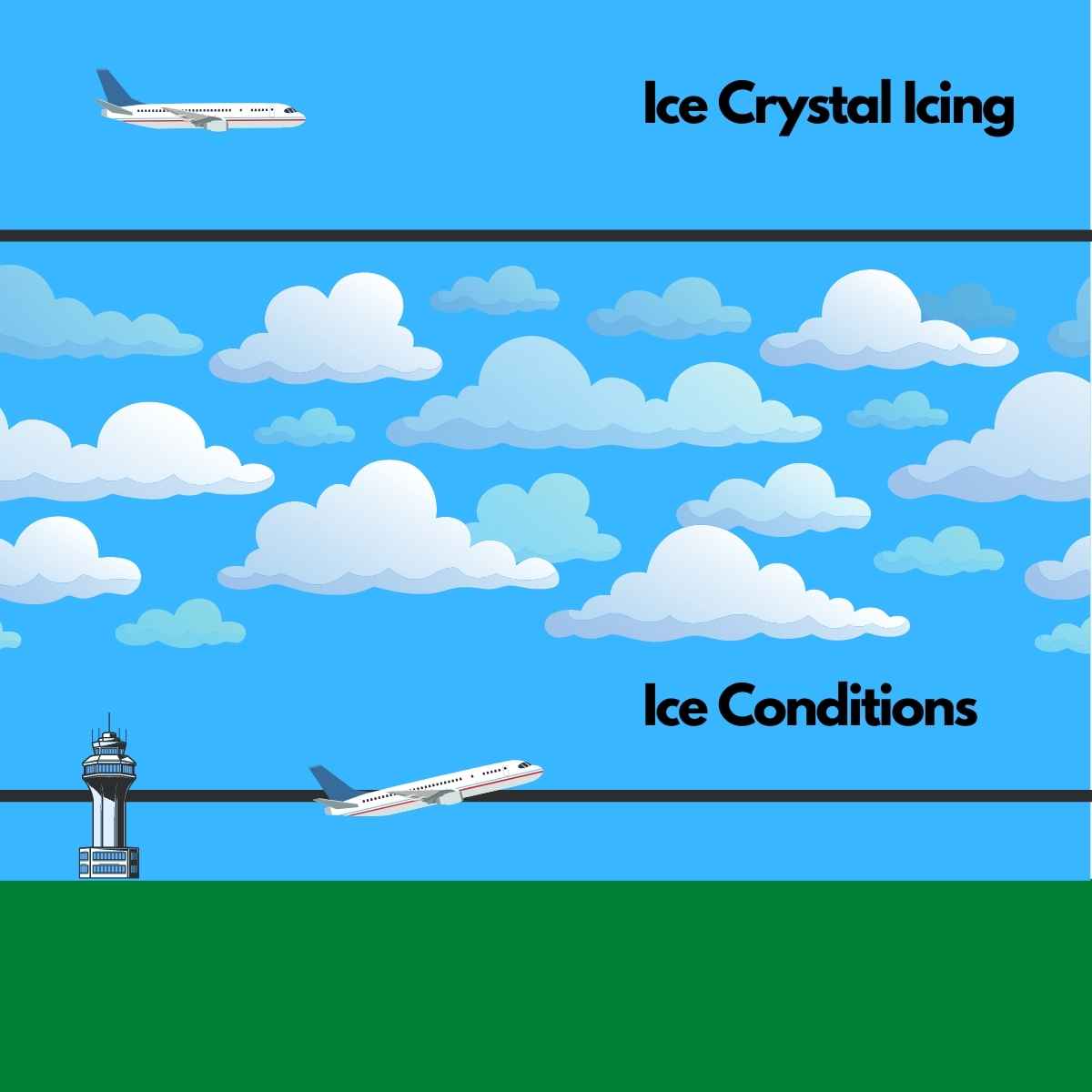 Research has shown that strong convective weather (thunderstorm activity) can lift high concentrations of moisture to high altitudes where it can freeze into very small ice crystals, perhaps as small as 40 microns (the size of flour grains). These are the crystals that can affect an engine when flying through convective weather. The industry is using the phrase "ice crystal icing" to describe these icing conditions, and to differentiate it from icing conditions due to supercooled liquid.

Researchers hypothesize that ice particles enter the engine and bounce off surfaces colder than freezing (inlet, fan, and spinner). Once reaching surfaces warmer than freezing in the core, some of the small particles can melt and create a film of water on the surface to which additional incoming ice crystals can stick. This process gradually reduces the temperature of the surface until ice can begin to build up. 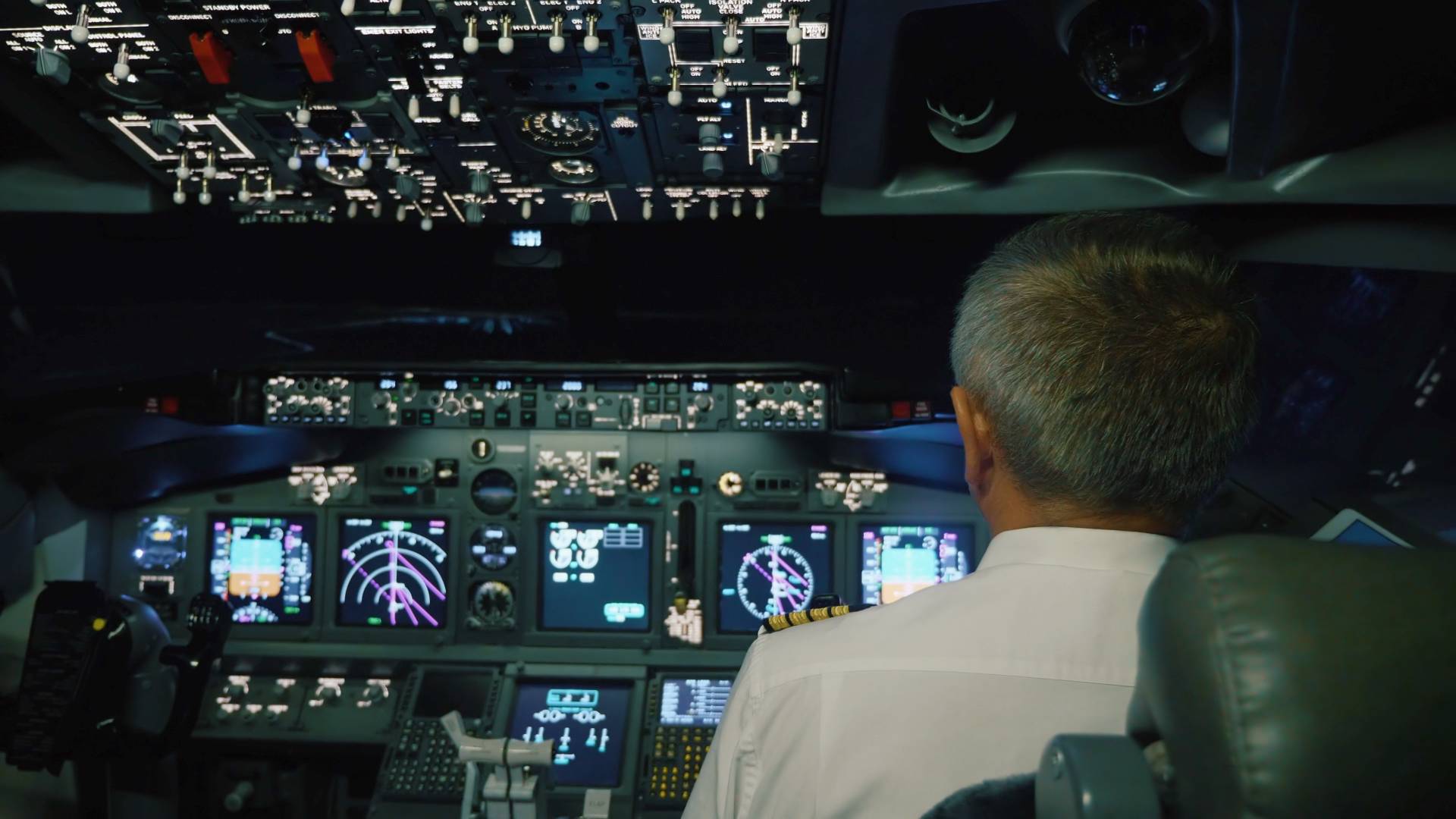 Imagine you are in cruise at night enjoying your coffee and engine vibration starts. How can you prevent a possible startle effect? By knowing what it is and how to recognize it. As ice crystals are most frequently found in areas of visible moisture and above altitudes normally associated with icing conditions. Their presence can be indicated by one or more of the following: 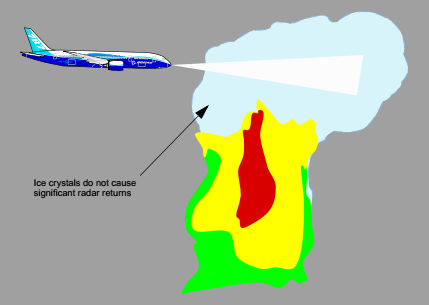 Where I said earlier that icing detection system tell you when you have icing conditions, those systems do not detect ice crystal icing, the system is designed to detect supercooled water only, and normal icing conditions. Now you are encountering Ice Crystal Icing or you suspect it, what can you do about it? We know Ice Crystal Icing is found above convective systems, so descend is not advisable due to turbulence considerations and increasing icing due to going into an area of supercooled liquid. Basically you want to minimize the time above amber and red weather radar returns, so exit the area laterally. Fan blade ice removal procedures have no effect and you may encounter engine vibrations. When clear of the area engine vibrations should decrease.

Concluding this article, I hope you refreshed the risk on icing and next time you encounter visible moisture or flying above convective systems you refresh your thoughts again about risks on icing.

For more information to read about icing click on the following links: