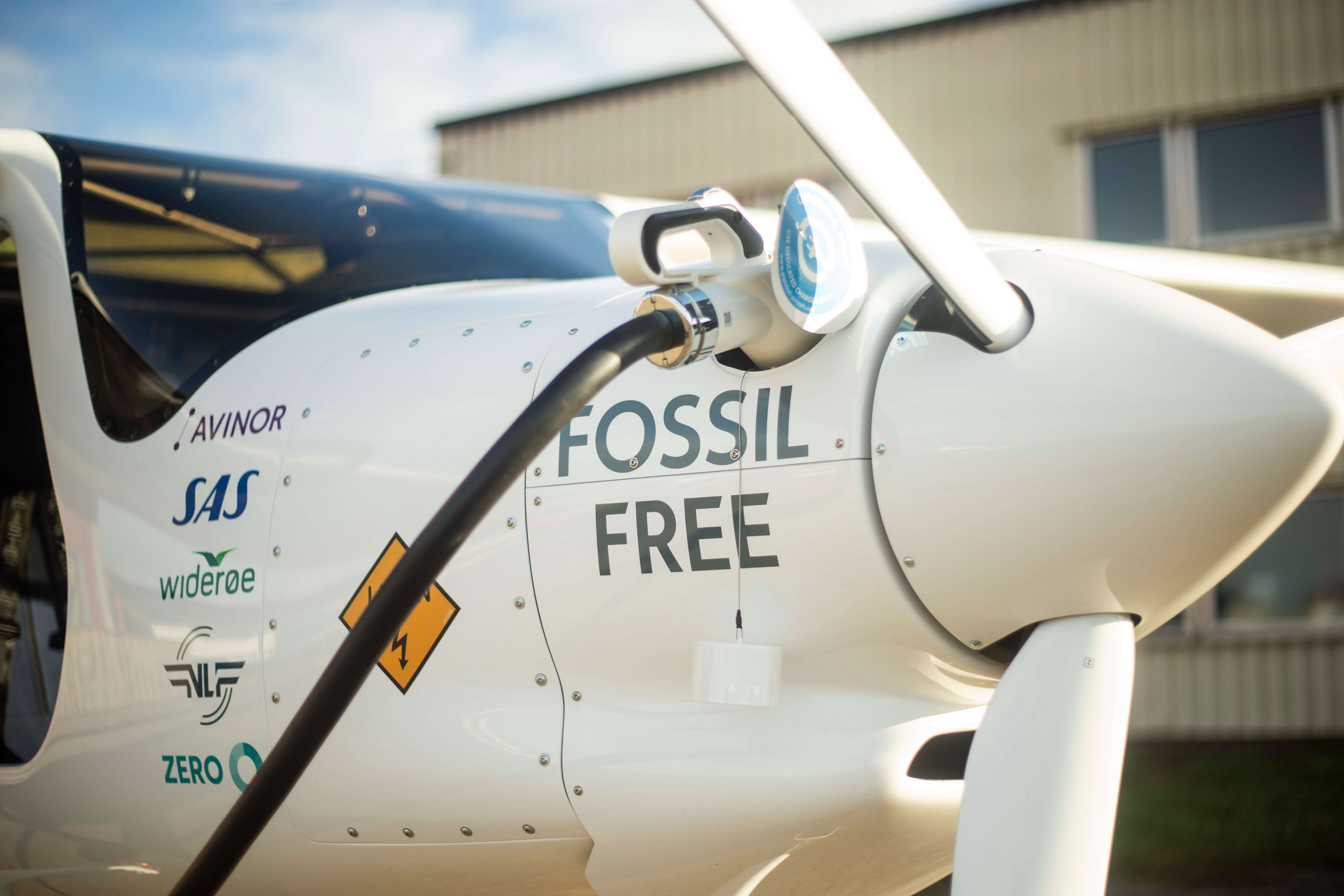 Avinor is responsible for air navigation services in the Norwegian airspace and operates Norway’s 43 state-owned airports. Its vision is that all domestic flights are electrified by 2040. In view of this, the Norwegian Association of Air Sports and Avinor established a project in 2015 to promote and demonstrate electrification of aviation. Aircraft such as the Pipistrel Alpha Electro and Velis Elector have proven to be effective in communicating climate solutions, not only electrification, but also Sustainable Aviation Fuels (SAF) and hydrogen. In parallel to promoting zero emission aviation, Avinor has carried out a thorough mapping of electricity supply and consumption at all its airports to ensure adequate charging capability. The network of airports in Scandinavia, and in Norway in particular, is well suited for electrified passenger flights due to an already established market with several relatively short flights and thin routes.

Optimisation of runway usage on single and multiple runway airports

Multi-runway airports often have dedicated arrival and departure runways. This facilitates ATC management but, depending on the arrival-departure balance, may lead to sub-optimal runway utilisation and increased fuel burn. The SESAR ‘sequence-based integration of arrival and departure management’ solution addresses this problem. Validation trials at Stockholm Arlanda airport in 2019 demonstrated a potential to reduce departure CO2 emissions by an average of 3.45 kg per flight, and arrival CO2 emissions by as much as 23.45 kg. This solution is moving to pre-industrialisation at Stockholm Arlanda in 2022-2023 as part of the SESAR large-scale demonstration project SORT [28] .

In the core area of Europe airspace, aircraft are often required to initiate descent before the optimum point in their flight trajectory, resulting in an overconsumption of fuel. An analysis of over 2500 European flights in 2019 found that descent was initiated on average 33km before the optimum point, leading to a potential to 3 to 10 kg fuel burn penalty even if the aircraft did not level-off at any time during the descent. The availability of Automatic Dependent Surveillance - Contract Extended Projected Profile (ADS-EPP) information on the air traffic controller’s screen provides new information that results in fewer instances of early descent. The ongoing work of the SESAR demonstration project ADSCENSIO (2021-2023) [29]  is further investigating the environmental benefits of the availability of EPP information on the ground. 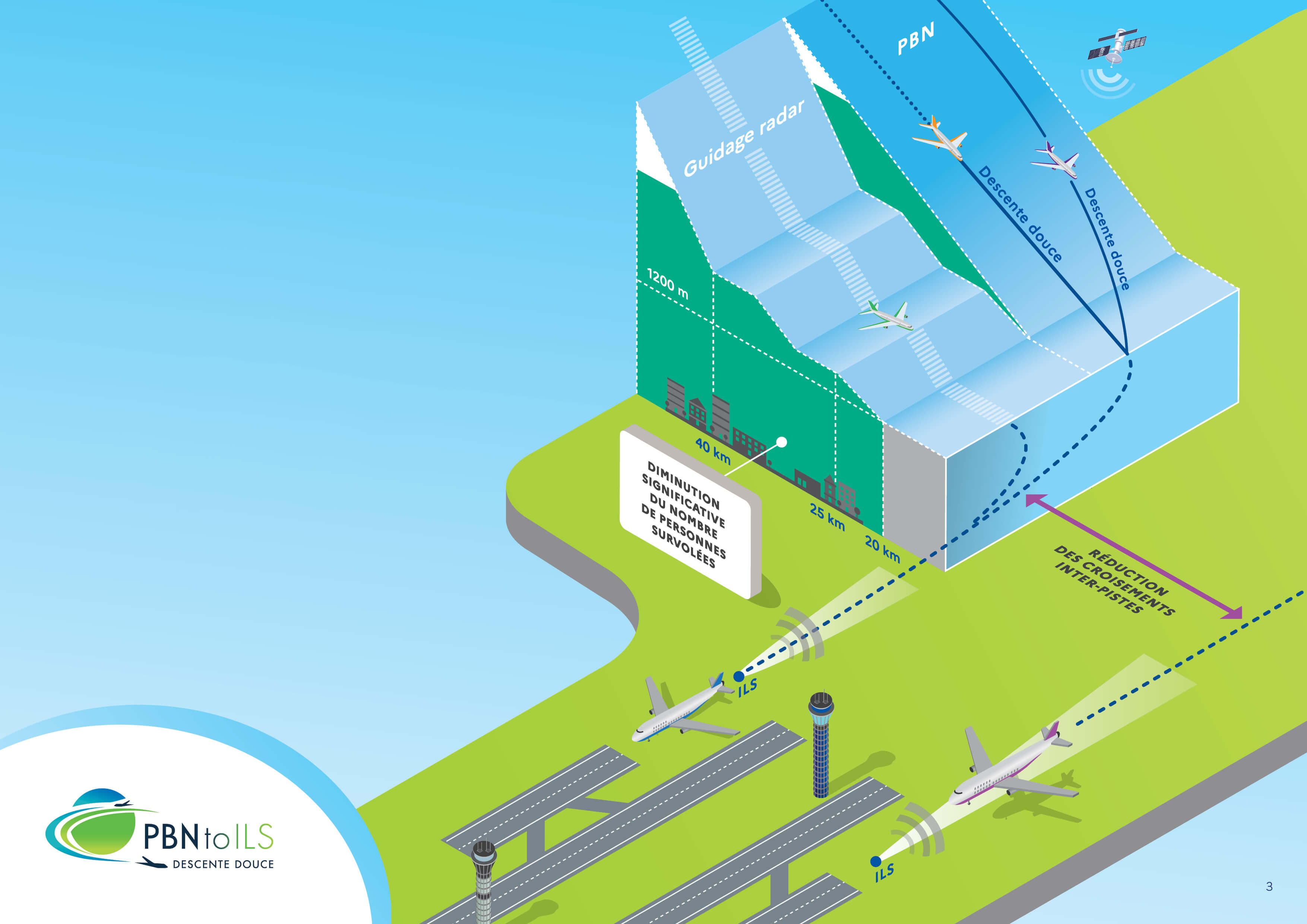 Since 2016, the French ANSP DSNA has carried out continuous descent operations (CDO) for night flights on a single runway pair at Paris- CDG airport. CDO enables incoming aircraft to approach their landing in a continuous diagonal movement rather than a traditional phased landing of several downward steps. The challenge of expanding this concept to round- the-clock operations at Paris-CDG airport, including at peak traffic times, is tied to the complexity of feeding the airport’s two parallel runway pairs and the need for major airspace changes to create a new air traffic pattern. Live trials in 2021 demonstrated a 7% fuel burn saving from top of descent and a 70% reduction in population overflown. Full scale implementation is now due to start in 2023.

In 2021, Airbus performed the first long-haul demonstration of formation flight in general air traffic (GAT) regulated transatlantic airspace with two A350 aircraft flying at three kilometres apart from Toulouse, France to Montreal, Canada [30] . Over 6 tonnes of CO2 emissions were saved on the trip, confirming the potential for more than a 5% fuel saving on long-haul flights. A key SESAR 3 JU goal is to develop and validate an ATM concept to support the wide application of this principle; in a first step, lower density environments will be addressed, but the ultimate goal is to enable wake energy retrieval to be applied routinely in the core European area, which is the most dense en-route airspace in the world.